Midorikai alumni in Asia organized an intensive seminar in Yogyakarta, Indonesia April, 27 ~ 28, 2019. Eleven Midorikai alumni and 19 Tankokai Association members participated. Eileen Sung (’97, Singapore), organizer and coordinator, was assisted by Hanna Danudirgo (‘14, Indonesia), local coordinator; and Teti Indriati (Midorikai,Technical University of Indonesia), and Lia Japani (‘91, Bandung University). All of the utensils and material for the intensive, including tatami for two eight-mat spaces, were provided by the Indonesia tea practitioners.

On 27 April, the program began with warigeiko (review of temae basics), and then a demonstration of hirakagetsu. After the demonstration, the students were divided into two groups and participated in the following temae: mugon nagekomi, sumitsuki kagetsu, kininkiyotsugu usucha and koicha, gyakugatte kagetsu, and yojohan kagetsu according to their level.

On 28 April, the first temae was basic shaza, and then the following temae: kinin shaza, sanyu, senyu, and continuation of kagetsu practice Although some participants were doing shichijishiki for the first time, accommodations were made so that everyone participated in at least three temae each day, and many were able to do hana, oko, and various other activities not regularly done in regular keiko. All of the participants are greatly indebted to the organizers and the organizations which lent their cooperation to hold this first event in Asia.

Besides the jitsugi practice in the tearoom, Eileen Sung organized a tour for the Midorikai students attending from outside Indonesia. On 24 April, the day of arrival, the group went to the Amanjiwo Resort where they sampled Indonesia culture and cuisine. The next day, they viewed the sunrise at the 9th C. Borobudur Temple, the largest Buddhist monument in the world and a UNESCO World Heritage site. In the afternoon, they visited the 9th C. Prambanan Hindu Temple at sunset; this temple is also a UNESCO World Heritage site. Participants brought their chabako and chadogu and enjoyed tea at the sites, on the bus, and in many locations. 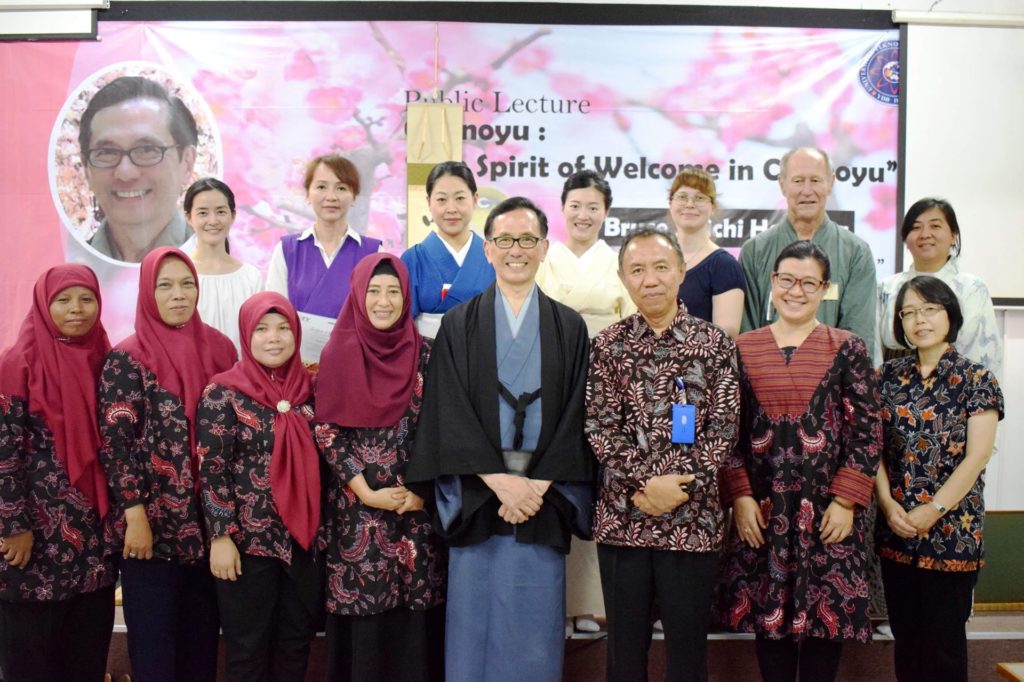 After the intensive seminar was concluded, eight participants remaining in Yogyakarta participated in a chanoyu presentation at the Universitas Teknologi Yogyakarta on April 29. Over 100 students from Japanese language and cultural classes at three universities in the city attended the presentation comprising a slide show, temae demonstration, and question and answer session. Dr. Eko Setyo, dean of the Faculty of Humanities, Education & Tourism, introduced the group, participated in the demonstration as a guest, and later presented all of the participants with certificates of appreciation and commemorative gifts. The university also kindly hosted a luncheon with the teaching staff and Midorikai alumni and friends. 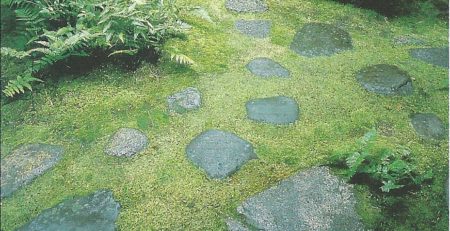 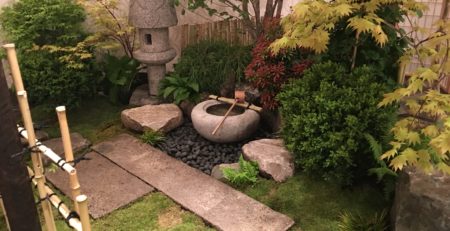